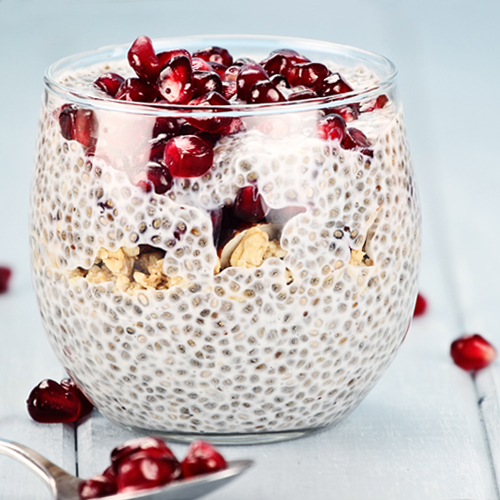 Chia seeds may be small in size, but they are bigger than life when it comes to nutrition. These potent powerhouses pack plenty of omega-3 fatty acids, antioxidants, magnesium, fiber, iron, zinc and calcium.

While known scientifically as the dried seeds of the Salvia hispanica plant, the seeds are much better known by their common name of chia seeds, thanks in no small part to the popular “chia pet” gift line of terra cotta figures. Historically, chia seeds have been used to treat a wide range of conditions, and more recent scientific research is providing evidence that backs up what generations have known all along about this tiny seed’s health benefits.

7 ways chia seeds can help you build a healthy body

Here is a look at just seven of the health benefits you can expect to reap from adding chia seeds into your regular diet:

As the largest producer of chia seeds worldwide, Australia is also home to a majority of the research conducted on the health benefits of chia seeds. In one such study, rats fed chia seeds exhibited significantly better heart health than those not receiving chia seeds. This is likely due to the large quantity of alpha-linolenic acid (ALA) they contain, a type of omega-3 fatty acid that must be obtained through diet. Chia seeds are considered by far the best natural, plant-based source of ALA.

2. Protection against cervical and breast cancer

French researchers also linked high ALA content to lowered risk of breast cancer, according to a study published in the European Journal of Cancer in 2000. In a 2013 study further analyzing these results, scientists found that ALA, the primary fatty acid found in chia seeds, had the ability to induce “cell suicide” in breast and cervical cancer cells without affecting nearby healthy cells.

Along with showing improvements in cardiovascular health, the same Australian study showed that chia seeds are linked to improved glucose tolerance and insulin sensitivity.

Lowered insulin sensitivity is associated with insulin resistance and eventual pre-diabetes and type 2 diabetes.  It is known that the risk of developing this disease is greatly diminished when adopting healthier eating habits.

The ancient Aztecs and Mayans prized chia seeds for their medicinal properties, using them to treat colds and the flu. Modern-day research out of the University of the Valley of Guatemala determined chia seeds have an antioxidant rating much higher than other good dietary sources of antioxidants, including blackberries, mango, pineapples or grapes.

The Aztecs also believed chia seeds to be essential for good joint health. Even today, you will find a wealth of anecdotal evidence backing the belief that these tiny seeds are good for the joints. Research shows many of the prominent nutrients found in chia seeds possess strong anti-inflammatory and anti-rheumatic properties, making the case that these little seeds are indeed good for healthy joints.

Athletes are frequently told to load up on carbs to pump up endurance and stamina, but research shows chia seeds offer a healthier alternative to sugary drinks and white flour foods. In one such study, highly trained male athletes were divided into groups provided with a chia drink loaded with omega-3s or given Gatorade.

The researchers found no significant difference when measuring performance after the treatments, suggesting chia seed could be a healthier alternative to sugary carbs.

The antioxidants in chia seeds are known to slow aging of skin by eliminating free radicals. In addition, chia seeds contain a number of nutrients, including protein and several minerals and vitamins, known to promote healthy hair growth.

How to consume chia seeds for maximum health benefits

If you are ready to harvest the benefits of chia seeds, follow a few recommendations to avoid any unwanted side effects common with high-fiber foods, such as bloating and gastrointestinal distress. Avoid consuming more than the recommended 2 tablespoons of whole seeds daily.

There are many ways to add chia seeds to your diet. Consider adding toasted chia to salads for a bit of crunch, blend soaked seeds with fresh fruit to make jam, replace a small amount of the flour with chia seeds in your favorite bread recipe or throw some soaked seeds into a healthy smoothie.

Also, be sure to drink plenty of water when consuming chia seeds.  Research has shown little nutritional difference between whole versus ground seeds, so choose whichever you prefer.