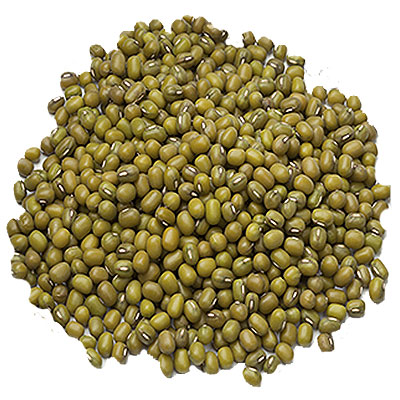 Facts
The mung bean is round and green. It hides in its smallness untold energy and an enormous capacity to grow and survive. Because mung beans can grow in inhospitable areas, they hardly need water and their colorful plants provide different products for multiple needs: food rich in protein and vitamins for people and animals and fertilizer for organic farming.

The mung bean or species Vigna radiate (L.) Wilczek belongs to the pea family and is used primarily to make bean sprouts. Yet, the mung bean can also be eaten as a seed. Although its known for its food uses, the sheath also has several applications.

Nutrients
Mung Beans are a great source of vitamins E, A, C, and B, and contain potassium, magnesium, iron, calcium and protein.

Preliminary Health Research
The mung bean (Vigna radiata) is a legume native to Southeast Asia and India. It spread from South Asia, especially the Philippines, Pakistan, Indonesia and Thailand. Later it was known to be growing in different countries in Africa and America. Today, it is cultivated for its varied purposes in different countries in Latin America. This legume has a very similar appearance to that of black beans or red, the most widely used in Latin American table. Currently the most common use of these "Green beans" consists of germination, resulting in the bean sprouts or soybeans or just soy, commonly used in Asian dishes.

Advantages
The first and most compelling short-term cost, antioxidant, reduced levels of diphenyl picrylhydrazyl. Mung beans also decrease some symptoms of hypertension, such as dizziness.

Use
Pillows (used as a filling), fattening cattle. They can be eaten as sprouts as a substantial snack or cooked in a large variety of dishes for an extra dose of proteins, vitamins and fiber. As a bonus, mung beans produce less gas than many other legumes.